Net Neutrality and What It Means for Canadians

Net neutrality is an Internet principle wherein all service providers treat all data equally. It ensures that content, users, platforms, websites, and methods of communication are not discriminated against. Without the regulations, the speed and accessibility of websites that are either not partnered with or do not pay enough to Internet providers can be drastically reduced.

If repealed, then companies like AT&T and Verizon can favour partners, associates or companies that pay them.

For a consumer in the US, an example could be an ISP (Internet Service Provider) preferring Myspace over Facebook. Thus, Facebook becomes slow, images take a long time to load, and messenger lags, but Myspace works great. Internet providers could also start bundling Internet packages with specific websites, making Internet consumption similar to cable television plans.

For businesses, if your company is in direct competition with a subsidiary of the ISP, or you cannot afford their premium speed fees, then your site will likely be slowed. Neither search engines or visitors favour websites that take a long time to load.

The Bottom Line: Without net neutrality, the power will be in the hands of the ISPs, not the consumer.

What This Means for Canadians

Our neighbours to the south are trying to make big changes to online policy in their country, but what does this mean for Canadians?

Why This Conflicts with Canadian Values

Web Hosting Canada believes that Net Neutrality should be upheld, as removing it goes against the Canadian values of fairness and inclusion, and stifles innovation online.

Fairness: The business world is not a completely ‘level playing field’ but the ‘field’ will be far more sloped to the advantage of the wealthy without net neutrality. Small businesses and start-ups will have a far greater overhead if they have to pay individual Internet providers, just so that consumers can reach their website without it being frustratingly slow.

Inclusion: One of the greatest worries is knowledge becoming financially elitist. Currently, most Canadians have access to the Internet and prices are relatively affordable. Without net neutrality, gaining full access to the World Wide Web may be far too expensive for many Canadians.

Luckily, both Prime Minister Trudeau and the CRTC (Canadian Radio-television and Telecommunications Commission) have stated that they are for net neutrality. However, if the US repeal is voted through on Dec. 14th 2017, then we should not be surprised to find more ‘net diversity’ lobbyists appearing in Canada. Furthermore, the US could use the renegotiation of NAFTA as a way to pressure Canada into undermining or removing the current regulations on net neutrality.

So, keep an eye on net neutrality in Canada from here on out.

VerifiedSend for Email: It’s About Your Reputation

Few things are as important to a business as its reputation. But did you know that email also provides important insights to prospective and current clients? Often overlooked, email is not only a way to communicate, it is...

In October 2017, WHC reached an important milestone: Over 20,000 active clients, for the first time in its 15-year history. Among these we find Canadian small businesses, entrepreneurs, hobbyists, artists, educational institutions,...

Our experts are available to answer you immediately. 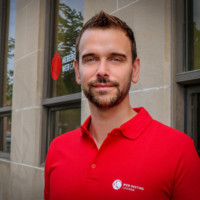 Popular questions
How to transfer my website?
How to configure Outlook?
Questions?